Mauritius: Living where others go for vacation

Have you had an unforgettable vacation enjoying the sun and the white sandy beaches of Mauritius? Don’t want to leave? Know that Mauritius offers to open its borders to the world under specific schemes thanks to its expat friendly policies.
Work opportunities are immense for skilled expats and entrepreneurs. As for taxation, it stands at 15% for both income and corporate tax. All of this makes for a very attractive country to build a future.

Overview of the different schemes:
Residency by investment

You can get a 20-year Residence Permit through the Economic Development Board (EDB) of Mauritius by investing a minimum of USD375,000. The investment has to be channeled to specific business activities that the board has identified and which sometimes offers tax perks.

Real-Estate purchase
A permanent residence permit in Mauritius is granted if you invest a minimum of USD 375,000 in one of the special schemes
- IRS/RES/PDS. Below are the expats or foreign nationals’ choices for buying real estate in Mauritius.

The new PDS scheme replaced the Integrated Resort Schemes IRS and Real Estate Schemes RES. Under the PDS, a mix of residences is open for sale to non-citizens, citizens, and members of the Mauritian Diaspora community dispersed globally. Non-citizens buying a property under the PDS valued starting from USD 375,000 or its equivalent amount in any freely convertible foreign currency are eligible for a residence permit.this also gives to the non citizen and their dependents (spouse, children under 24 years of age, and parents) access to a permanent residence permit.

Non-citizens can also acquire high-end residential property under the IRS and RES for a minimum amount of USD 375,000 grating the non citizen and their dependents a permanent residence permit.
Properties bought under these schemes are rentable. The property owners gain Mauritius tax resident status with no restriction on the repatriation of funds or revenue from the sale or rental of their property.

This allows non-citizens to purchase apartment units in EDB approved developments with at least two levels above-ground.
Purchases should be not less than MUR 6m or its equivalent in any hard convertible foreign currency. Buying a property under this scheme offers a 10-year Mauritian visa, renewable as long as you hold the residential unit.

Work visas
Non-citizens can get a combined occupation and residency permit as an entrepreneur investor, as a professional or as a self employed individual.
You can also get a residency permit by working as an employee in Mauritius if your monthly basic salary is not less than MUR60,000.
Non-citizens can pursue a career and live in Mauritius as self employed, they should have a deposit of at least USD35,000 in a Mauritian bank. The annual income of their one-man business should also be at least MUR600,000 a year.
Retire in Mauritius
You can obtain a resident permit in Mauritius under the retirement scheme if you are at least 50 years of age. Retirees have to make an initial transfer of at least USD150k or its equivalent in another
hard currency to a local Mauritian bank.
Subsequently, they should transfer at least USD 18,000 per year or its equivalent in freely convertible foreign currency during the 10 years’ validity of the residence permit.
The employment of foreign retirees on the island is forbidden.
After three years in the country, retirees can apply for a permanent residence permit in Mauritius

Mauritius: a tax framework favorable to investment
While Mauritius is known for its white sandy beaches and sunny climate, it is also a popular destination for its tax benefits. As the country enjoys stable political and economic conditions, it is possible to invest there while enjoying very favorable taxation.

From a tax standpoint, it makes sense why many foreigners have chosen to relocate and invest in Mauritius. The tax advantages here rank amongst the top 10 in the world.
Partly as a result of that ranking, Mauritius emerged no. 13 out of 190 countries and no. 1 in Africa in the 2020 World Bank Doing Business Report.
Successive governments have preserved the country’s desire to boost the real estate sector through investment schemes and tax treaties. It is important to know that the Mauritian government has concluded treaties against double taxation with 43 countries including France. These conventions allow foreign investors to benefit from the following tax advantages:

Unlike other countries, there is no housing tax, property tax and local tax and a real possibility of taking advantage of real estate investments in full ownership with high profitability.
After spending 183 days in Mauritius, you will be placed under the Mauritius tax regime. This period corresponds to a stay of 6 months (all at once or accumulated over several stays during the year).

The Mauritian authorities have established several regulatory institutions to promote transparency and respect for codes of ethics. The reliability of institutions such as the Financial Services
Commission (FSC), the Mauritius Revenue Authority (MRA) or the Board of Investment (BoI) has enabled Mauritius to be placed among the most favorable African countries to investment.

Relocating in Mauritius: a wise choice!
Charmed by the beauty of Mauritius, Mark Twain, the famous American author relates a legend according to which «Mauritius was made first, and then heaven”.
Mauritius is a popular tourist destination. It is described as a haven of peace with white sandy beaches and turquoise waters.
The island has managed to preserve its historical and natural heritage as evidenced by the richness of its flora and fauna. If you are a thrill seeker, Mauritius will seduce you!
Moreover, Mauritius has one of the largest and most dynamic economy in sub-Saharan Africa. The measures taken by the Mauritian government in terms of good governance, transparency and ethics have allowed the country to build a solid reputation. Internationally, Mauritius is viewed as a safe and reliable investment center. Over the years, the country has moved towards a more diversified economy with a lasting commitment to export-oriented manufacturing sectors, tourism, financial services and business services.
In addition, Mauritius has continuously strengthened its partnerships with emerging economies such as India, Turkey and Asia. The island occupies a strategic position in the Indian Ocean, a major asset for regional and international trade. Thanks to its various memberships: the Southern African Development Community - SADC, Africa-Caribbean-Pacific (ACP), Mauritius is one of the main African hub for international trade. The island is also a signatory to several multilateral treaties and conventions that ensure the protection of foreign investors. Mauritius has been named the most competitive African country in the global competitiveness ranking.

Political and social stability
Mauritius is known for its political stability. Since its independence in 1968, the country has achieved continuity and transparency in various fields. The island is among the most favorable business destinations in Africa. The Mauritian government has invested heavily to facilitate business activities. In addition, Mauritius has a solid judicial structure and a stable financial system. 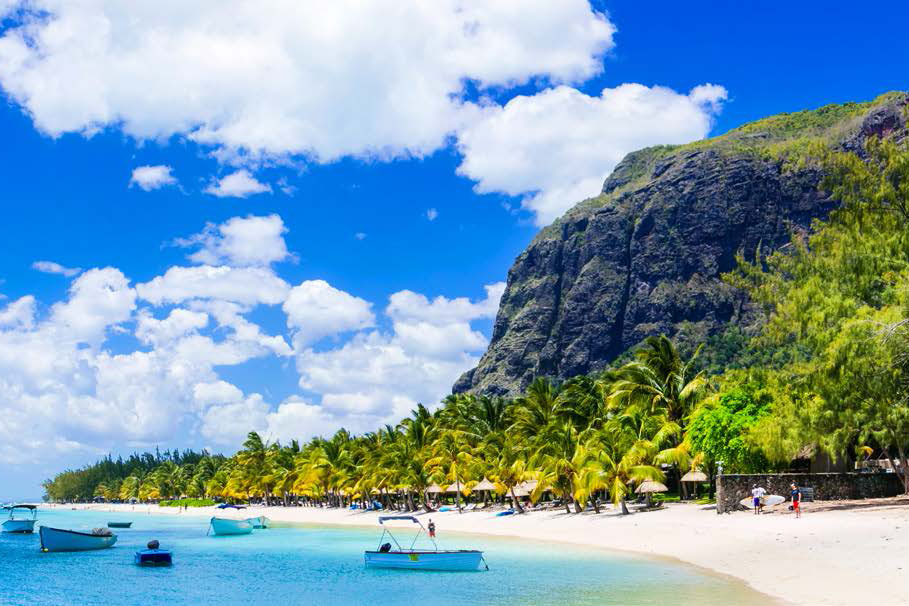